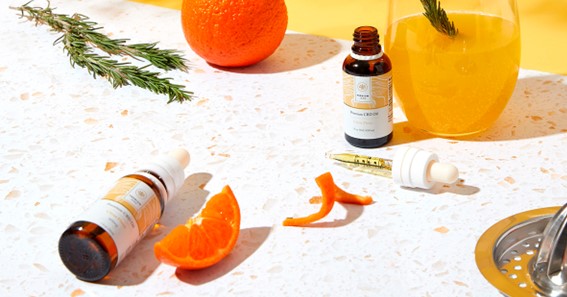 Plenty of Americans are now using CBD oil. As medical marijuana is slowly seeing legalization throughout the United States, it’s apparent that acceptance of marijuana usage is gradually increasing. That being said, even states where recreational usage is legal (on top of medicinal) don’t necessarily allow usage in the workplace.

On a happier note, CBD is fast becoming an alternative to medical marijuana. With slightly different effects, cannabidiol is being championed as a wonderful remedy for a vast variety of conditions. But since it comes from the cannabis plant, many users – or would-be users – are anxious about whether it’s appropriate to use CBD at work.

In this article, we will explain all you need to know about using CBD at work.

What is CBD? What does it do?

Cannabidiol, more commonly called just CBD, is a cannabinoid found in the Cannabis sativa plant. Cannabinoids are active compounds that are unique to this species of plant; they were developed during the evolution process to deter predators from eating it.

The evolution of cannabinoids seems to have done the opposite of deterring humans, though, as they are the precise reason why people have enjoyed consuming marijuana for centuries. There are estimated to be over 100 cannabinoids, all of which behave slightly differently. However, most of these are present in very small quantities, and many are pitifully understudied. Tetrahydrocannabinol (THC) and cannabidiol are the most well-known.

Cannabinoids all interact in some way or another with an innate system we have called the endocannabinoid system (ECS). This system, composed of a network of cannabinoid receptors and endocannabinoids (molecules that behave similarly to cannabinoids but which we make ourselves), is responsible for maintaining homeostasis. In other words, it keeps our bodies in balance and helps us to survive.

Due to the way in which CBD interacts with the ECS, it can have some profound medicinal benefits. It does not bind directly with the cannabinoid receptors, but instead influences the system indirectly and stimulates the creation of additional endocannabinoids. This helps the ECS to function at an optimum level, keeping us extra healthy.

Research into CBD has shown that it is able to help treat the symptoms of a number of conditions. Through its indirect interaction with the cannabinoid receptors, CBD may be able to relieve symptoms of mood disorders like depression – as demonstrated in this 2014 study conducted by the Institute of Psychiatry at the University of Rio de Janeiro.

Mood disorders are not the only thing, either. In fact, there have been studies into CBD for chronic pain, insomnia, and even epilepsy. No wonder so many people are turning to it for relief!

However, most people who are taking CBD for symptom relief also have jobs, and there is always a concern about whether they should be taking CBD at work. Below, we look at three reasons why CBD could be accepted to be taken at work, and one thing you should be wary of in certain professions.

While marijuana is notorious for causing a psychoactive high in users, the same is not true of CBD. It is actually the THC in marijuana that causes the high, because THC binds directly with cannabinoid receptors; it has an affinity for the CB1 receptors in the brain, thus affecting processes of cognition.

Since CBD does not interact so directly with the receptors, it is completely non-psychoactive and will not produce a high in the user. It carries all the medicinal benefits of medical marijuana without the high!

In other words, you don’t have to worry about looking like a stoner at work and not being able to do your job – CBD will not intoxicate you.

It is common for marijuana users – both medical and recreational – to be concerned about drug testing in the workplace. Even in California, where weed is legal for adults over the age of 21, employers can fire a worker who tests positive for marijuana use.

You don’t have to worry about this with CBD, though, because most drug tests don’t actually test for it. Urinalysis is the most commonly used form of test, and this is actually not testing for any cannabinoids. Instead, it tests for a metabolite of THC called THC-COOH, which is created when THC is broken down by the liver. This is because it can be tested for over a much longer period than THC itself, which leaves the body pretty quickly.

Saliva tests are becoming more and more common, but once again these test for either THC or THC-COOH.

There’s no cause for concern when it comes to CBD. Since it doesn’t produce a high, you can rest assured that it’s not something most employers will be testing for. If you’re really anxious about it, you can ask your boss about any company policies against the compound before you start taking CBD – that way, you definitely won’t get into any trouble.

3. You can take CBD in super subtle ways

CBD is most commonly taken in the form of an oil. This oil is taken sublingually – you place a few drops beneath your tongue and hold the liquid there for up to 90 seconds before swallowing. If this is your administration method of choice, then you can quite easily slot it into your routine by taking your CBD dose in the morning before work.

However, some companies and doctors recommend taking your CBD in a few smaller doses throughout the day. If you opt for this prescription, then it means you will likely have to take your CBD whilst on the clock. No need to worry, though, because there are actually plenty of subtle ways to take CBD.

Take gummies, for example. Many companies like Premium Jane now sell CBD edibles, the most common of which are candies and gummy bears. If you want a subtle way to take your CBD, simply eat a CBD-infused gummy bear while you’re on your lunch break – it just looks like you’re having a sweet treat!

For those employees who vape, it is possible to buy CBD vape cartridges rather than nicotine ones. Simply switch over to CBD vaping, and you can get a hit of CBD while out on your smoke break.

A very popular option for subtly taking CBD is capsules. Nowadays, CBD capsules are available in a huge variety of strengths, meaning there’s something out there for everyone. Since they look just like other pills, it doesn’t look any different to taking regular prescription meds or painkillers.

If you’re worried about judgement from your colleagues – which probably would not be the case in this day and age – there are plenty of discreet ways to consume CBD at work.

A word of caution: Side effects

One thing to note about taking CBD at work is the potential side effects. The side effects of CBD are all very minor, including the likes of nausea, diarrhea, and a dry mouth. Nausea is most often brought on by CBD oils, which have a very distinctive, unpleasant taste. A dry mouth is easily fixed by having a drink close to hand, and side effects like diarrhea usually fade over time as your body gets used to the supplement.

If you have been looking into CBD, you will probably already be aware of these minor effects. In terms of taking CBD at work, the most notable side effect is drowsiness. Since some people feel drowsy or light-headed after taking CBD (especially newcomers to the world of cannabidiol), it may be a good idea to avoid it if your job involves operating heavy machinery or driving.

At the very least, try out CBD oil on your day off to see how it affects you.

Are there any benefits of taking CBD at work?

Since we have established that it’s usually safe to take CBD at work, you might be wondering if there are any benefits of doing so. It turns out that, yes, there are!

Clearly, there are multiple benefits to taking CBD at work, even if you aren’t suffering from any particular condition.

Of course, if you are thinking about taking CBD at work then your main concern will assumedly be whether or not it’s legal. Simply put, there are two different ‘types’ of CBD: CBD from hemp, and CBD from actual cannabis/marijuana strains.

If the CBD has been extracted from an industrial hemp supply and contains less than 0.3% THC, it is legal under the 2014 U.S. Farm Bill. In fact, according to a recent statement by the DEA, “[Cannabis] products that fall outside the Controlled Substances Act definition of marijuana … are not controlled under the CSA [and] may accordingly be sold and distributed throughout the United States without restriction.”

If the CBD came from a dispensary in a medical or recreationally legal state, however, then it may have been sourced from an actual marijuana strain; in this case, it will likely have higher THC levels, and as a result, should not be taken at work. This is why it’s important to know where your CBD came from, and what the exact CBD/THC levels are.

To sum up, it is perfectly acceptable – and perhaps profitable – to take CBD at work. Nevertheless, we recommend reading up on company guidelines or checking with your boss about policies regarding taking any medication at work before you do so. It’s better safe than sorry, after all.